Gynaecomastia is enlargement of the breast tissue in males and is more popularly called MAN’s BOOBS. It is caused by the proliferation of glandular tissue rather than fatty proliferation and presents as a rounded mound of tissue spreading into the breast from underneath the nipple.

1. The neonatal period: Many of the infants have transient gynaecomastia due to transplacental transfer of oestrogen from mother.

2. Puberty: 48-64% of boys at puberty have gynaecomastia with a peak age o between 13 and 14 years, followed by a decline in late teenage years.

There are many other causes for Gynaecomastia apart from Hormonal imbalance

After a meticulous physical examination and a detailed history taking the doctor assesses the probable cause for Gynaecomastia based on which the treatment (Conservative or Surgical)can be planned. 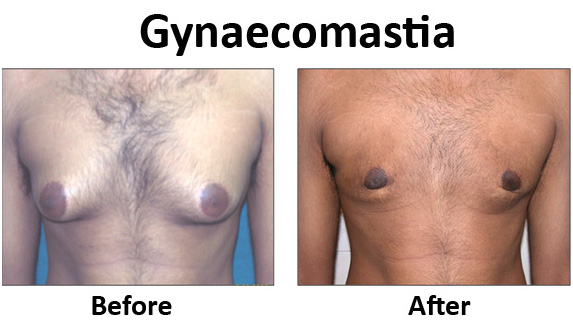